Woman Found Dead With Python Snake Wrapped Around Her Neck 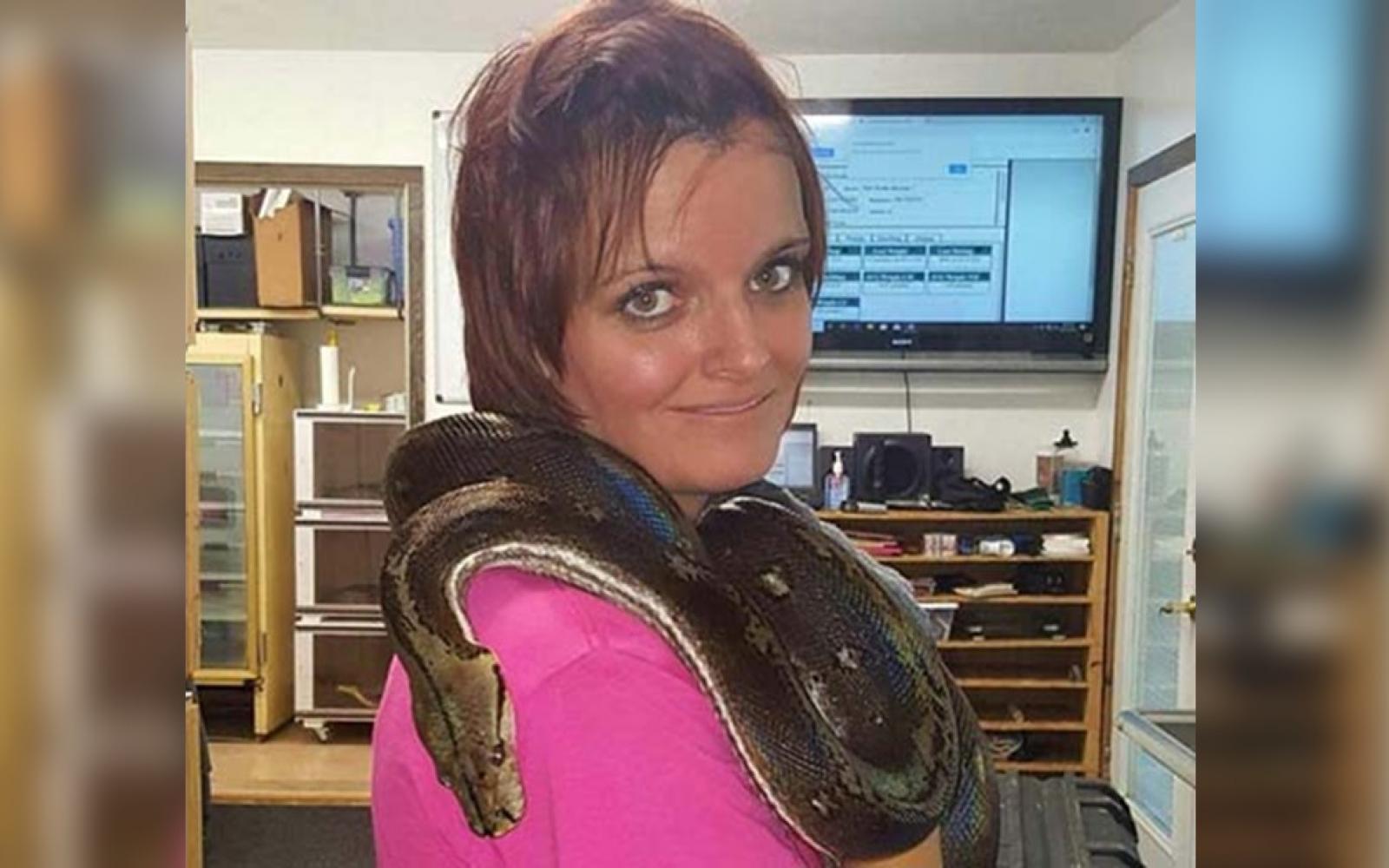 A 36-year-old Battle Ground woman died Wednesday after she was found with an 8-foot snake wrapped around her neck in an Oxford house, owned by Benton County Sheriff Don Munson and set up specifically for a collection of snakes, Indiana State Police said.

Munson, who lives next door to the house, told the J&C Thursday afternoon that he found Hurst in the blue ranch house with the snakes on Wednesday evening.

Riley said Hurst was found on the floor at 8:51 p.m. Wednesday. Riley said the reticulated python was wrapped loosely around the woman’s neck. The person who found her was able to unwrap the python but was unable to revive her.

Riley said the cause of death would be determined during an autopsy, scheduled for Friday.

“She appears to have been strangled by the snake,” Riley said. “We do not know that for a fact until after the autopsy.”

Munson told the J&C that Hurst’s death was a "tragic accident with loss of human life." He said he was "being fully cooperative with everybody."

“She had a real passion for snakes,” Katz said. “That was a big issue for her.”

In a 2001 J&C story, Munson was a guest at Oxford Elementary, where the principal had invited him to show a 13-foot, 45-pound python. At the time, Munson was a Benton County deputy who bred snakes for sale. He told students that day that he had 52 snakes in his garage.

On Thursday, Munson did not elaborate about the snakes kept in the house next to his residence in Oxford.

Indiana has specific laws regarding possession of venomous snakes and reptiles. But it wasn’t immediately clear Thursday what, if any, permits were required to keep and breed nonvenomous snakes, according to Marty Benson, spokesman for the Indiana Department of Natural Resources.

The reticulated python is one of the world’s largest snakes and can grow to more than 20 feet, according to the Indianapolis Zoo.

Things were quiet Thursday afternoon at the house with the snakes, which Benton County property record indicate is owned by Munson. The house has no signage or references to what’s inside.